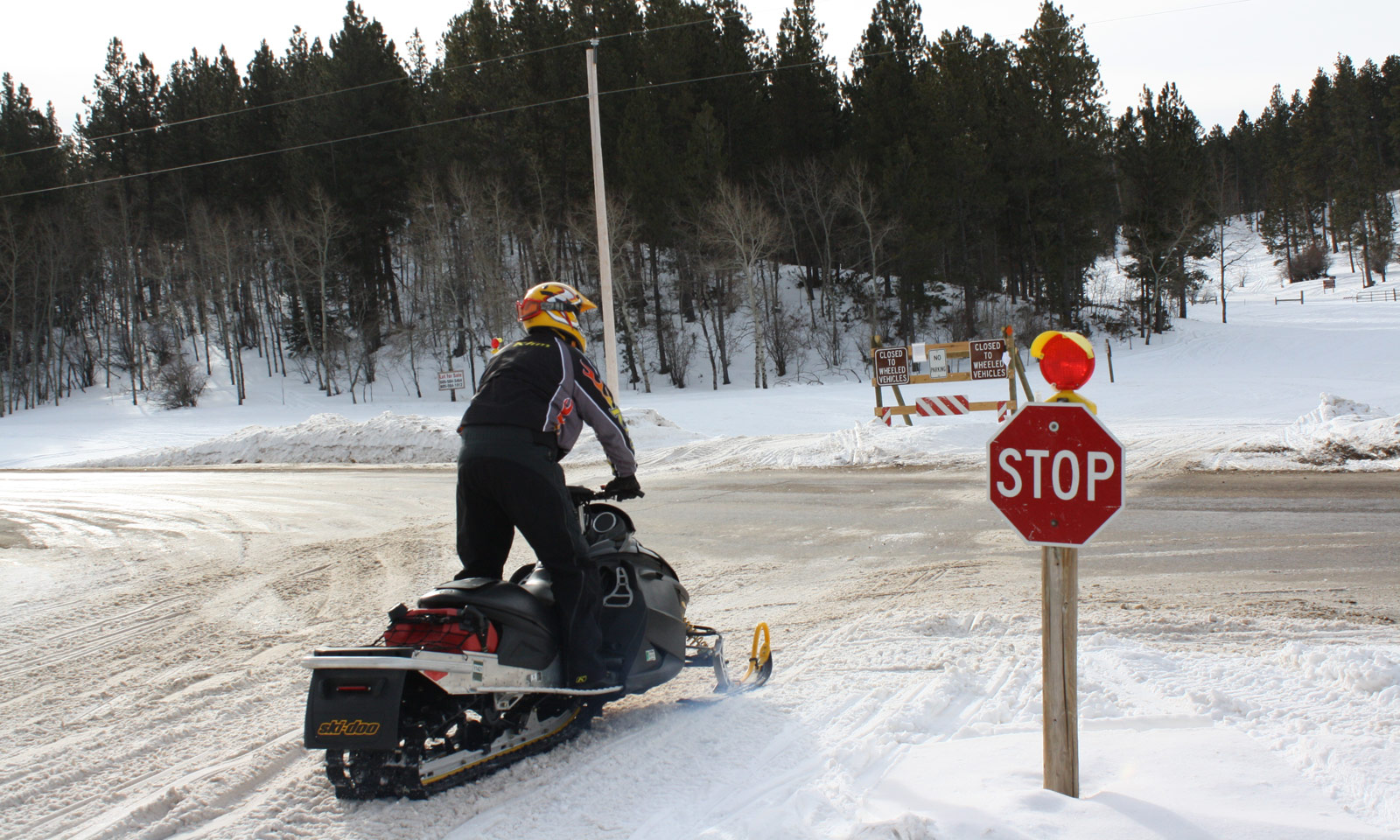 When operating a snowmobile, make sure you are aware of your surroundings. Many snowmobile trails are located along or cross over roadways and railroads. Understand the hazard and where to avoid riding. 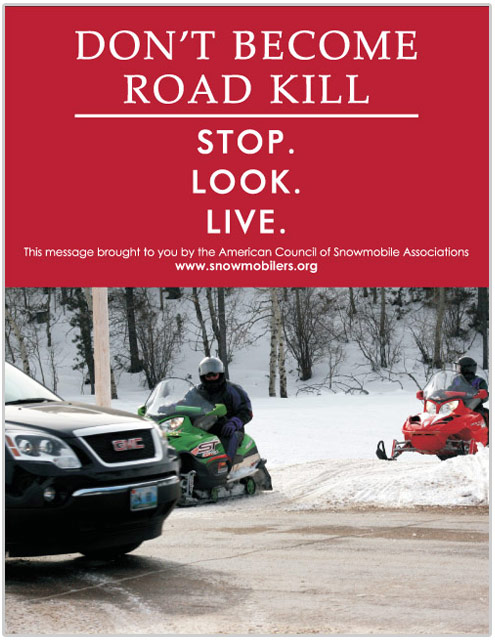 Roadways
Many snowmobile riders operate on trails located along roads and trails that sometimes cross over roadways. Other riders frequently operate in ungroomed road ditches. In all cases it is extremely important to be attentive to vehicles operating on adjacent roadways. Always come to a complete stop at all posted stop signs, as well as whenever you cross a road at unmarked road crossings. Cross with care – look both directions and make sure you are in the standing position so you can see and be seen by vehicles on the road. Proceed only when you are absolutely certain there is no danger from approaching vehicles.

When operating in a road ditch, beware that there could be many potential hazards, particularly if the road ditch is not a designated or groomed snowmobile trail. Common hazards, which may be visible or could also be buried beneath snow cover, include culverts, delineator posts, utility boxes, utility pole guy wires, sign posts, fences, snow plow berm or debris, as well as road debris like tires or other litter.

Most plowed roadways are generally closed to snowmobiles — so always respect these closures to avoid what could be a potentially fatal crash with vehicles driving on plowed roads.

Some areas allow 'dual use' by both automobiles and snowmobiles on plowed roadways. These situations are typically posted and allow limited exceptions for snowmobiling on the roadway for a specific distance or for specific purposes. Be absolutely certain a roadway is legally open to snowmobiles before starting down a plowed roadway – because if you're wrong – it could become a fatal mistake. Whenever operating on a plowed roadway, slow down and use extra caution since it can be difficult to steer and control a snowmobile on a cleanly plowed surface. Also beware that your snowmobile's hi-fax or engine could overheat due to insufficient loose snow for lubrication and cooling. 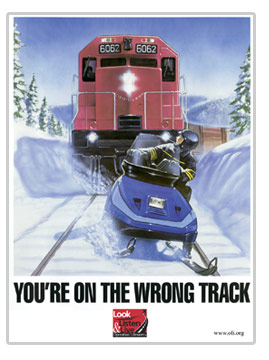 Riding your snowmobile on railroad tracks is not only dangerous but illegal. "Riding the rails" is an extremely bad idea that could prove fatal since your snowmobile is essentially 'trapped' between the train tracks. Since you have to stop and lift the snowmobile's ski out from between the rails, there is no quick escape if you encounter a train. Always stay off the tracks with your snowmobile to remain safe.

Always cross railroads only at a designated crossing so your snowmobile's skis don't become wedged between the rails. A snowmobile is no match for a train, so always 'Look, Listen, and Live' when crossing any railroad tracks.

Railroad right-of-way is private property which is almost always closed to snowmobilers unless it has been designated as part of an official snowmobile trail system. In such a circumstance, it is important to remain on the designated trail. Riding off-trail would be illegal as well as extremely dangerous given that railroad right-of-ways are often full of debris from railroad construction and operations.