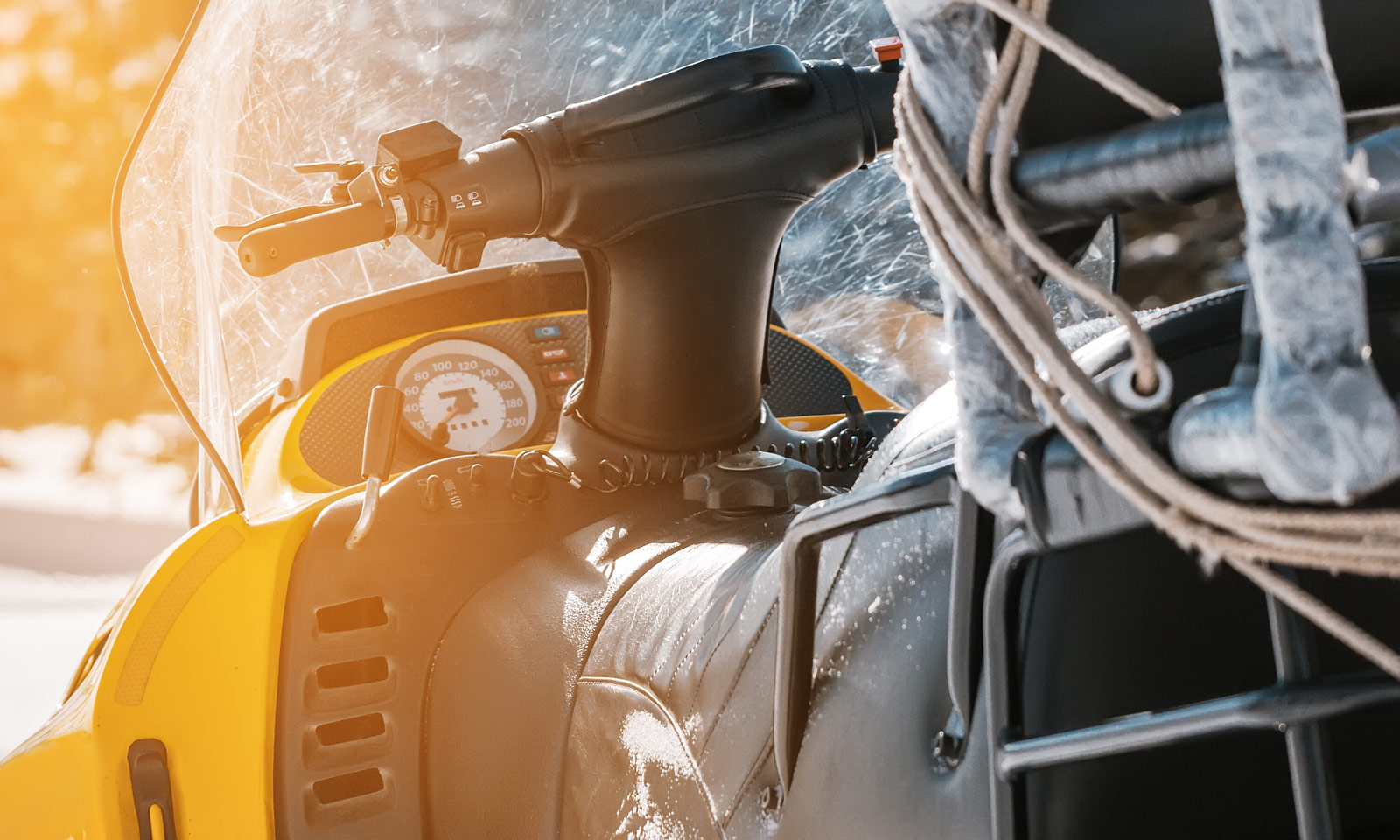 In this section, you will learn about your console area. Not all console areas look the same, but understanding the key parts will ensure a safe and enjoyable ride.

Key Switch
The key switch is a safeguard that allows you to "lock" your machine so others cannot start it without a key. For snowmobiles equipped with an electric start (some two-stroke models and all four-stroke models), the key switch starts the machine similar to starting a car. Always remove the key to help keep the snowmobile secure when leaving it parked in a public place.

Recoil Starter Handle
For machines without an electric start, the recoil-start, or "pull-start" handle is connected to a cord that starts the engine when pulled, similar to a lawnmower. Use caution when using a recoil-starter to not pull the cord out too far, or to let the cord snap back uncontrolled, both which can damage the recoil starter. 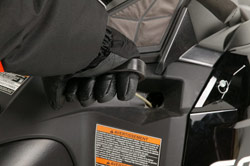 
Choke
Older snowmobiles with carbureted engines will have a choke; new snowmobiles with electronic fuel injection generally will not. The choke lever partially blocks air to the engine, causing more gasoline to be pumped into the carburetor. Engaging the choke helps to start a cold engine but it must be turned off after the engine warms up to avoid fouling the spark plugs.

Lanyard
Some snowmobile models have a "dead man" switch for additional safety. A lanyard is attached to the operator by a clip or else a loop worn around the wrist; the other end snaps into a kill switch. If the operator falls from the machine, the lanyard pulls the clip from the switch and stops the engine. The engine cannot be started if the clip is not snapped into the kill switch.

Speedometer/Odometer
Located at the center of the console, the speedometer displays your miles per hour (MPHs). The odometer measures the snowmobile's total distance traveled in miles. Some snowmobile models allow speed and distance settings to be set to metric (kilometers). Typically a separate "trip meter" can be used to measure individual trip distances. 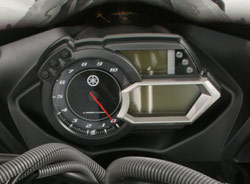 
Tachometer
The tachometer measures how fast the engine is turning in revolutions per minute (RPMs). It is important to monitor engine RPMs, since it tells you if you are working the engine too hard. If the meter passes the red line, the engine load is approaching a level where engine damage could occur.

Temperature Gauge or Light
Many snowmobiles have an engine temperature gauge located on the console while some models have only a red light that comes on after the engine’s operating temperature gets too hot. It is important to monitor temperature level to ensure the snowmobile’s engine does not overheat and cause engine damage. Liquid cooled snowmobiles require snow dust to help cool radiator fins located under the tunnel or running boards. Mountain model snowmobiles with deep track lugs typically require ‘scratchers’ to be used to help generate supplementary cooling snow dust when operating on hard pack or trails; consequently, mountain riders in particular must closely monitor engine temperature and engage 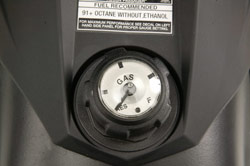 Fuel Gauge
The fuel gauge will be located either on the dash console or on top of the gas cap. Always ensure the snowmobile's gas tank is full before starting your trip and pay close attention to the fuel gauge's level while on your outing. 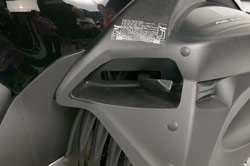 Reverse
Many snowmobiles are equipped with a reverse gear that allows the machine to be backed up at slow speeds. Reverse may be operated by a lever at the rear of the hood cowling or by an electronic switch located either on the handlebars or console. Be certain the snowmobile is always completely stopped with the engine idling before switching "in" or "out" of reverse.


Next: Under the Hood